Welcome to the Alt Controller user guide. Let’s start with an overview of the program.

Alt Controller is a free, Open Source program to help make computer games and other applications more accessible. It runs on Microsoft Windows and is released under the GNU General Public License.

Alt Controller works at the level of keyboard and mouse events, e.g., releasing a key, hovering over a button or clicking in a region of the screen. Those events can be mapped to user-defined actions, such as typing a key repeatedly, double-clicking the mouse, moving the mouse pointer to a new location, or changing the current controls.

Note that Alt Controller does not remap controls, so games and applications will still respond to the inputs they receive as usual.

A key feature of Alt Controller is the ability to dynamically change which actions (i.e. mappings) are active depending on the task the user is doing and/or the game or application they are using. Alt Controller can automatically activate controls based on the currently active program, and users can manually switch between different modes (sets of controls) when they wish.

With Alt Controller, you can map regions of the screen to key presses (and other actions) which are performed when the mouse pointer moves inside/outside a region, or dwells in it for an amount of time. This feature can be used in conjunction with an eye gaze system, head mouse or conventional mouse to allow keyboard-less computer control. 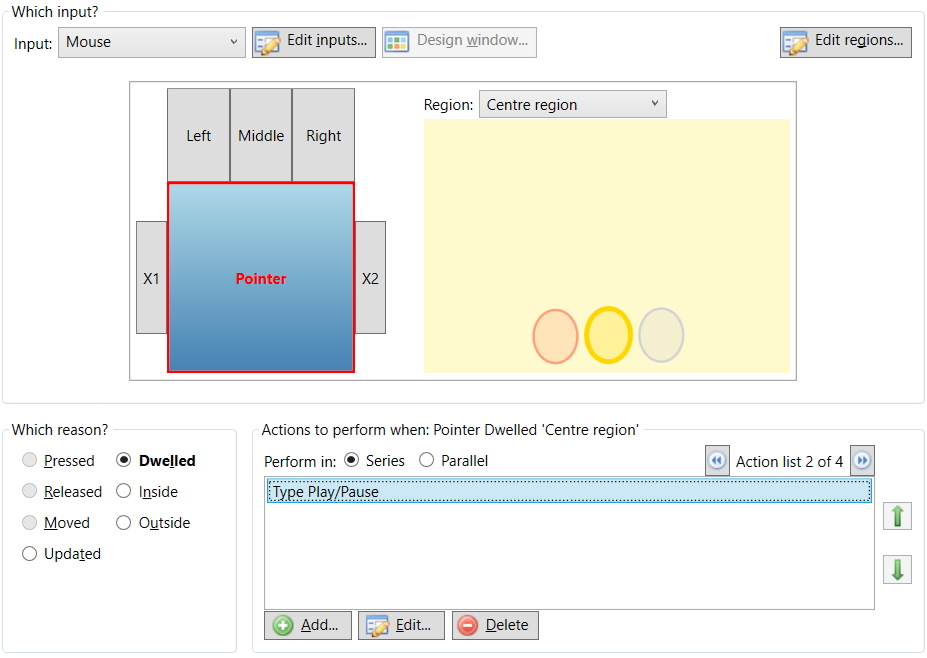 You can also design your own windows containing buttons which perform key presses (and other actions) when you click or hover over them, much like a screen keyboard.

As Alt Controller can map key presses to different actions, the program can be used in conjunction with third-party switches and voice software which emulate key presses, thereby enabling games to be controlled with switches and/or voice commands.